Meerbusch and Herzogenrath-Kohlscheid, two towns that are not necessarily known outside the country. That will change by 30 January 2018 at the latest. Because by then both these towns in North Rhine-Westphalia are certain to draw international attention. After all, Rainer Köppen Schwimmbadtechnik and SSF Schwimmbad are among the winners of the competition for the European Union of Swimming Pool Association’s EUSA Award – SSF with awards for two outdoor pools and one indoor pool and Rainer Köppen Schwimmbadtechnik with a prize for a small but beautiful hot tub. It’s still supposed to be a secret really but if two grando clients gain an international reputation, we can in fact say, just between us: CONGRATULATIONS! When I had the honour of presenting the bsw award to SSF and Köppen (see cover photo), I had no clue that they would both shortly be making their mark on the international scene. All the better: Chapeau! 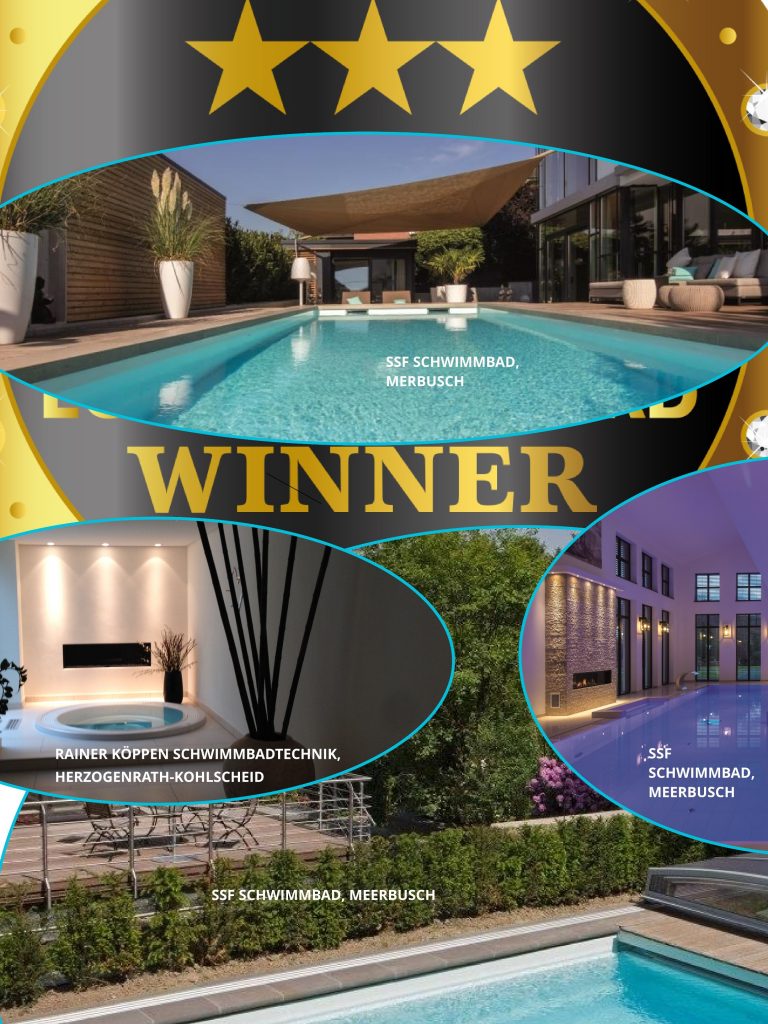